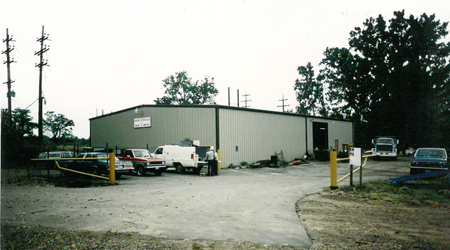 It all started with Service.

QT Equipment is the sister company of Akron Hydraulic. Akron Hydraulic was founded in the 1920's and was purchased out of bankruptcy in 1982 by Doug and Diane Root who were then in their mid 20's. The company was primarily a hydraulic jack repair business and did about $90k in annual revenue. Through a lot of hard work and commitment to serving the customer, Doug and the team built the business.

Akron Hydraulic expanded into other hydraulic repair work and eventually became a warranty repair center for Iowa Mold and Tooling (IMT). This relationship grew and in 1992 IMT offered Doug a small territory in Ohio along with a partner selling tire trucks. QT spent the next decade selling 5 or 6 tire trucks a year for IMT and expanded into Mechanic Trucks. The partnership separated not long after 9/11 and Doug handed the reigns of Akron Hydraulic over to his trusted employees and began focusing on the opportunity at QT. 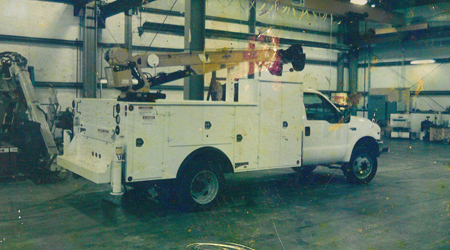 Maybe the first Dominator we built. Circa 1998.

QT was (and still is) different from most IMT dealers and most truck equipment companies for that matter because QT never added a lot of different products into the mix. Most body companies sell everything from snow plows to bucket trucks. Doug believed in keeping the focus tight to better serve the customer. In the 1990s many (even within IMT) said this was not very smart and wouldn't work. Almost 30 years later, customers still seem to appreciate the attention to detail and thorough knowledge of the product. So if it isn't broke, we won't fix it.

Through the 2000's, with a focus on Mechanic Trucks and Lube Trucks, Doug and his team were able to grow this to over 100 trucks per year. In 2006, QT opened their first service center in Columbus, Ohio and was given the entire state of Ohio for IMT territory. This territory eventually expanded to include Michigan, West Virginia and Florida. 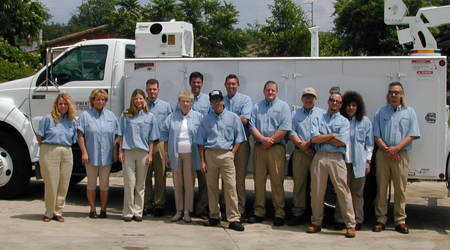 Along with most every American, the Great Recession was a difficult time for the team. Everyone pulled together. No one was laid off and nobody got less than 40 hrs a week. There were some very scary times but also a great learning experience.

Today, having lived through some very challenging times, QT continues to reinvest into service and expanding production. 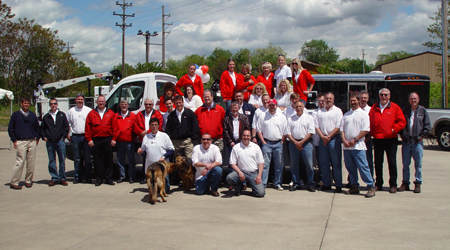 QT counts many team members with 10, 20 even 30+ years of service. We have put equipment to work in Asia, Australia, Africa as well as all across the US and Canada and are consistently in the top 5 distributors for IMT Equipment.